My dears, it is possible I may occasionally write a post. No promises, just a warning.

I am stepping into the unknown this year and would be pleased if you stepped with me.

Set your life on fire.
Seek those who fan your flames.

Long story short, as they say:

2015 has been a difficult year, although nothing terrible, just draining. I started off dealing with my mother’s death shortly before Christmas, scattering her ashes in March. Work got frantic-er and frantic-er, I got irritabler and irritabler, and eventually I decided to resign. As a result I am now unemployed and we have enough saved up to keep us going until Easter so are both job hunting. So far we have had a couple of interviews each but no offers. Something will turn up in the end of course, but the waiting is horrible.

We did some wonderful things too: a couple of Anglo Saxon events, where I acted as a “scop” (pronounced “shope”) which is a bard,reading my translations of two children’s stories. We also went to Andalucia for our wedding anniversary, and had a couple of weekends away, in York, Lancaster and Woodbridge, along with day trips. I did lots of knitting, Old English translation (one of which is now an official version recognised by the publisher) and am busy with voluntary work too.

Anyway, to celebrate a New Year and New Life, I made Anglo Saxon food. Obviously. You can find the recipe for it here: 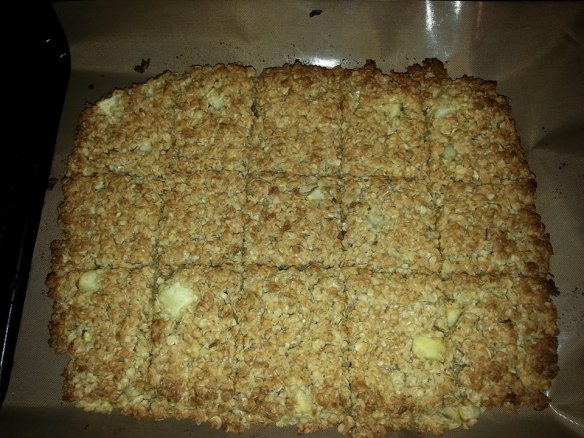